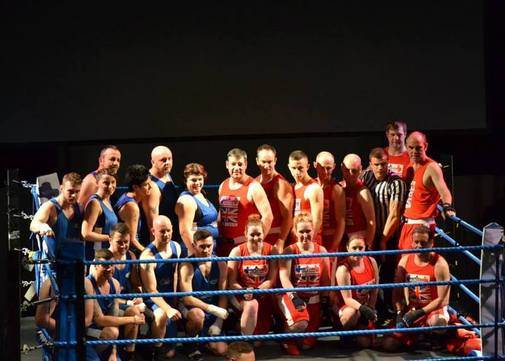 On Saturday 22nd November at the Deco Theatre, 22 Police Officers from Northamptonshire entered the ring to raise money for The Brain Tumour Charity - Alfie's Journey Fund and raise some much-needed awareness of DIPG.

Alan Dyer from Northants Police had spent months organising the blue on blue boxing event, and thanks to the hard work and dedication of Alan and the officers fighting, the evening was a huge success.

Over 700 people turned up on the evening of the 22nd to support our Alfie's Journey Fund and to cheer on the Officers as they took to the ring.

Many of these Officers had never boxed before, but after months of training in the gym, they all did amazing on the night.

We would like to personally thank Alan Dyer and every one of those who fought at the event for their support.

Alasdair 'FLASH GORDON' Fraser  Vs  Simon 'THE END IS NIGH' Ewen

Phil 'THE DISPATCHER' Featherstone  Vs  Pete 'THE HAMMER' Douglas

Matt 'THE MYSTERIOUS' Russell  Vs  Andy 'FAST ON HIS FEET, MOSTLY ON HIS BACK' Fossey

Jason 'THE SHERIFF' Cullum  Vs  Dan 'THE PSYCHO' Gatland 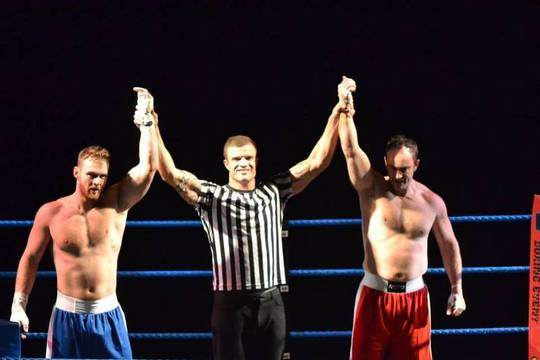 Big thank you to Lee Brown for all his help and for being a fantastic referee on the night.

Big thank you to Ash Turner for doing an amazing job as MC and telling everyone about our Alfie and DIPG.

Big thank you to Stuart Terblanche for taking some fantastic photo's on the night.

And finally a big thank you to everyone who donated raffle and auction prizes and who came to support the evening. You all helped in raising over £11,000. 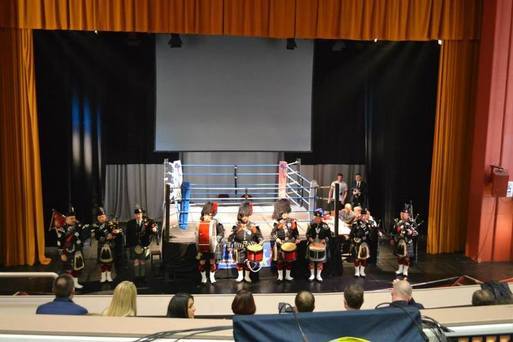 Big thank you to the Northampton Pipe Band for performing at the boxing event. Such a fantastic band and the perfect way to lead the fighters into the ring.

Our thanks again to Alan Dyer for organising the blue on blue charity boxing event and for making it such a huge success.

It was at this event, that Alfie's new DIPG Awareness video was shown in public for the first time. Many of the photo's were hard to see, but we hope that more people are now aware of DIPG and why funding paediatric brain tumour research is so important.

To see so many people at the boxing event to support our Alfie's Journey Fund was truly overwhelming, and we can't even begin to tell you just how much it means to us all. 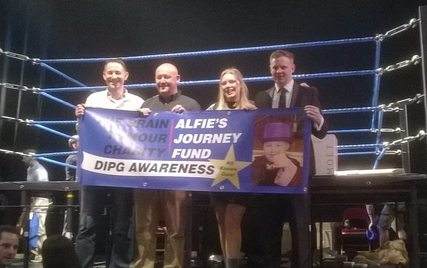 Below, you will find a video of our first interview with BBC Radio Northampton. In the interview we talk for the first time about our Alfie, DIPG, the charity and of course the blue on blue boxing event.

Thank you to our friend Craig Lewis for setting up the Interview and to Rob and Annabel for making us feel so comfortable while in the studio.